Giant Strides Made In Entebbe Airport Expansion And Upgrade 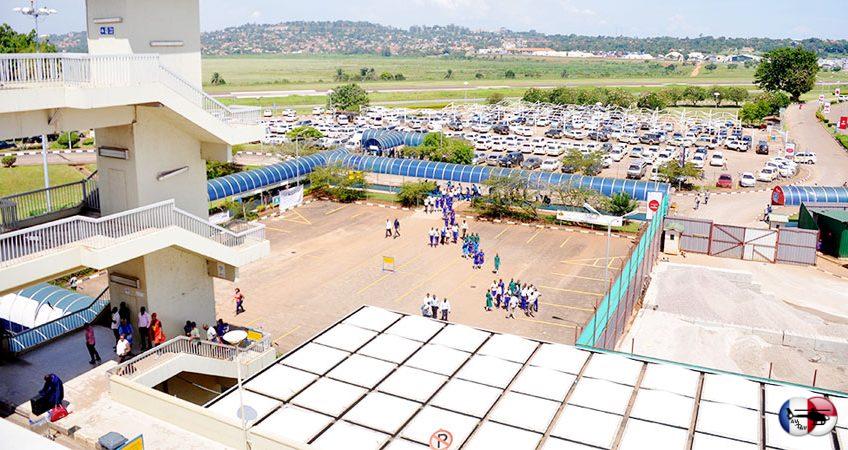 Civil Aviation Authority (CAA) commenced the implementation programme for upgrade and expansion of Entebbe International Airport in line with the 20-year National Aviation Master Plan (2014-2033) that was launched in January, 2015.

A number of development projects have been completed and others are ongoing as follows:

The new system has led to efficiency and timely provision of accurate aeronautical information, reduction in costs incurred by air operators in updating AIPs, reduction in human errors, and Ubiquitous Flight preparation where by pilots and other users now enjoy the convenience to perform flight planning and self briefing (Pre-Flight Information Bulletins and access to electronic Aeronautical Information Publications using any web enabled device.

A new Baggage Handling System (BHS) has been installed in the check-in area. The installation started in May and ended in September 2016. Installation of the new system was in response to, inter alia, the anticipated increase in Passenger throughput, which called for enhanced Passenger handling capacity.

The BHS was installed by the Manufacturer and Project Contractor, Vanderlande Industries B.V of Netherlands, at a cost of USD 4.8 million. The new system;

Landside expansion of the Passenger Terminal:

The Master Plan projects 930 arriving passengers and 820 departing passengers during peak hours, by 2033. The expansion is critical in providing for the growth and ensuring good customer experience.

The landside expansion project seeks to provide more room and comfort for service users, especially passengers. The project will have new Arrivals and Departure blocks. The project undertaken by M/s Seyani Brothers (U) Ltd is fully funded by CAA.

Works for the new Cargo Centre were commissioned by H.E. The President on 29th August, 2015, at Entebbe. The Project commenced smoothly and 98 percent of the preliminary earthworks have been completed. Effort has also been expended in planning for relocation of various services and facilities like the Police Barracks at Makerere, Power lines and roads. New Aviation Police houses have been constructed in Kigungu and AVPOL subsequently relocated from the current Police Barracks, which was in the Cargo Centre project site, to pave way for the works. The project contractor is China Construction Communications Company (CCCC).

The growth is a good pointer to what the Airport will require 18 years down the “Runway”. Estimates put the Cargo volumes through Entebbe at 100,000 metric tons per annum by 2023.

The proposed new 100,000 tones capacity Cargo Centre will be a self-contained facility with a Parking Apron, landslide and airside access roads, cooling facilities, a Freight Forwarders Parlor and ancillary business outlets. It is part of the US Dollars 200 million loan to Uganda by China through the Exim Bank of China. Part of the loan will be used to re-surface the Runways, Taxiways and strengthen and expand the Aprons under the same contractor.

The Government of South Korea extended a Grant worth US Dollars 9.5 million for improvement of Air Navigation Services and automation of Entebbe International Airport.

The project is a result of a memorandum of Understanding (MOU) signed between the Government of the Republic of Korea and the Government of the Republic of Uganda on 11th November 2014 to create a mechanism for improving efficiency and aviation safety through modernization and automation of facilities at Entebbe International Airport. KOICA is the implementing agency of the project on behalf of the Korean government through a consortium of three companies: Korea Airports Corporation, Woorizen Co. Ltd and NAV Korea.

The project is to deliver the following;

The three year project commenced in March 2016 and Uganda has on its part come up with counterpart funding of approximately USD 250,000 (per year) towards implementation of the project that is expected to be fully delivered by 2018.

This initiative will go a long way in improving safety, efficiency of airport systems and attainment of sustainability through strengthening of the human resource capacity in terms of training.

Other measures taken to promote air transport growth in Uganda

Besides the infrastructural upgrade projects, CAA has created an enabling environment for attraction of local and foreign Airlines to operate within and out of Uganda. The measures taken include liberalization of the air transport market access, which provides for, inter alia:-

The Authority has further put in place the following incentive schemes for both local and foreign operators:

Any Airline that operates scheduled services into Entebbe Airport at a frequency equal or greater than 7 flights a week, receives 50% discount on landing fees and air navigation charges for one flight.

Depending on the nature of the capital investment, a local Airline is given 2.5% of the total capital outlay. This is spread over a 10-year period. It is reimbursed in form of landing fees and air navigation charges.

The above measures have encouraged: